Listening to an episode of Science Friday recently about efforts to save corals made me cry. I guess you could say my emotions are sitting very close to the surface in the early days of this new decade. Like a lot of people, I usually spend some of this time around the turn of the calendar in reflection. While there is always pressure to celebrate and set goals and aspirations for making life better in the coming year – or coming decade – this particular New Year’s has left me much more contemplative than happy. We have so much work we need to do to sustain this planet and ourselves in the coming years, and the enormity of it all has hit me on an emotional level.

How do we find hope for a better world?

END_OF_DOCUMENT_TOKEN_TO_BE_REPLACED

In all stories, either a hero goes on a journey or a stranger comes to town. Sometimes the stranger sends the hero out on a journey. The stranger doesn’t have to be human. It can be a meteor hurtling toward earth, a tornado roaring across an open prairie, or a bear stalking a house. But it can be even more elusive than that. It could be an idea – one that flitters around until it settles on a host, then spreads like a virus.

We are all in the midst of a story right now – set on a global stage. The stranger is much more elusive than we could ever have thought. He flitters around the edge of our day-to-day consciousness. Some people see him clearly. Some deny that he could exist. He infiltrates our daily lives just beneath our consciousness, gradually unthreading the balance of the world we’ve built our lives on.

END_OF_DOCUMENT_TOKEN_TO_BE_REPLACED

I have some news I haven’t shared with too many people yet: One year from today, I will be crossing the Drake Passage on my way to the Antarctic Peninsula with a group of about 80 other women scientists from around the world. It will be the culmination of a year-long professional program for women in STEMM (science, technology, engineering, math and medicine) called Homeward Bound. How cool is that? 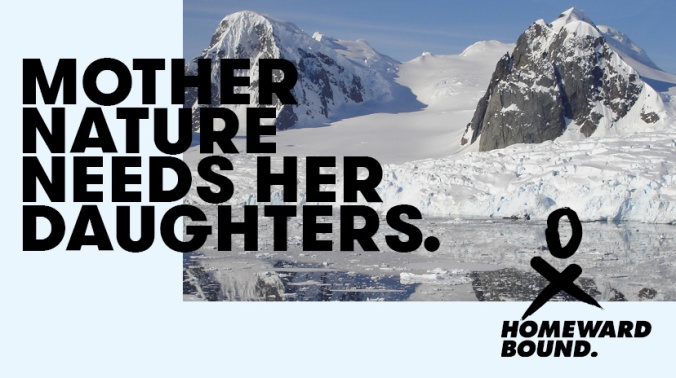 Homeward Bound is a major, not-for-profit initiative to equip 1000 women scientists over 10 years with skills in leadership and strategic decision-making in the context of global climate change science. The goals are not only to help women understand themselves as leaders, but also to help them understand how they can have a greater impact together – and then strategize ways to have an impact – to help nudge the world back onto a more sustainable path. My program starts online next month, and culminates in a 3-week expedition to Antarctica, sailing from Ushuaia, Argentina on December 31, 2018. My group will be the third cohort to go through the program. END_OF_DOCUMENT_TOKEN_TO_BE_REPLACED

One of the ‘cascadas’, or waterfalls, along a hike through the cloudforest in Mindo.

For a cloud forest, it was unusually sunny. This is what happens when you visit in the dry season. There’s still plenty of water, you just won’t find your feet sliding so much on muddy trails. This is my first time in Mindo. I can imagine the wet season well enough, having traveled to other cloud forests, such as Podocarpus in Southern Ecuador and Monteverde in Costa Rica. Either way, these types of places, usually nestled in the shadows of rolling green mountains, make you feel as though you’ve stepped out of time. That’s one of the reasons Mindo was on our syllabus.

END_OF_DOCUMENT_TOKEN_TO_BE_REPLACED

There are moments in your life when you think, “This is exactly where I’m meant to be right now.” That came into my mind early on in my 11-day journey through northern Ecuador with 17 students. Arriving in Ecuador for the second time in my life, I felt just as much fear and anticipation as I did the first time – but of a much different quality. Two and half years ago, when I arrived for the start of my Fulbright grant, I was simply terrified and totally alone in the middle of the night in a new country. This time, I was certainly not alone, and not unfamiliar with the country – but I felt responsible for the well-being of so many people.

My anxiety was compounded by the fact that our driver was not there waiting for us  when we emerged from customs around midnight at the Quito airport. But things got much easier after that initial flurry of phone calls, texts, and inquiries around the airport, and the bus pulled up at the curb for us about 45 minutes later to take us into the city.

END_OF_DOCUMENT_TOKEN_TO_BE_REPLACED

I’ve been craving humitas lately – those soft, cheesy, sweet cornmeal cakes steamed in a corn husk. I miss eating popcorn and tostado (corn nuts) with my soup. The popcorn here in the States – even the stuff I buy at the Farmer’s Market – just can’t compare with Ecuadorian popcorn. And I’d love to have a chirimoya. I saw them in Whole Foods market one day, shipped from somewhere in the tropics. I would have to shell out about $8 for a taste – as it should be – you pay for every bit of petroleum used to get that thing up here, to a place where no one has heard of a chirimoya. I wonder if Whole Foods made any profit on those. (Aren’t you tempted to google ‘chirimoya’ now?)

It’s been nearly two years since I returned home from Ecuador. Maybe it’s time for a visit? 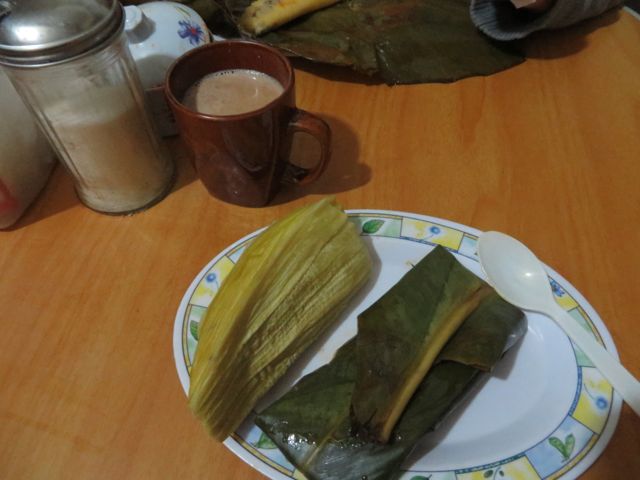 Humita, wrapped in a corn husk, and an Ecuadorian tamale – usually served with coffee or hot chocolate.

END_OF_DOCUMENT_TOKEN_TO_BE_REPLACED

Carl Sagan wrote about the importance of understanding science (the habit of rational thought) in preserving our democracy, and said that “if we don’t practice these tough habits of thought, we cannot hope to solve the truly serious problems that face us – and we risk becoming a nation of suckers, a world of suckers, up for grabs by the next charlatan who saunters along” (from The Demon-Haunted World: Science as a Candle in the Dark, 1996). 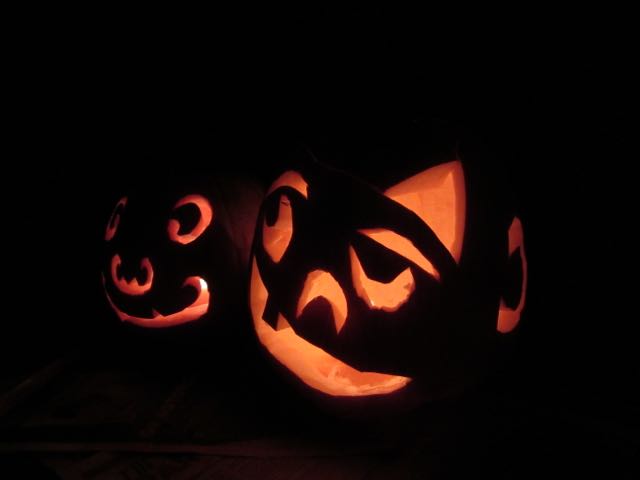 I was hoping for a photo here that would appear a bit scarier…But maybe these clownish jack-o-lanterns are perfectly appropriate.

END_OF_DOCUMENT_TOKEN_TO_BE_REPLACED

(Alternative title: How I became a climate scientist). I’m back! After a long hiatus (also known as ‘spring semester’), I’m getting ready to publish a few posts that have been in the works for some time. This post, in fact, has probably been ‘in the works’ for more than 25 years.

I recently gave a talk to a group of faculty at my university. I was asked to speak about my work, but also share a bit about how I got into climate science in the first place. I started with this cover from Time Magazine – January 1989.

This was the magazine cover that changed my life. END_OF_DOCUMENT_TOKEN_TO_BE_REPLACED

For those of you wondering about my silence on this blog lately, I should let you know that I landed safely back in Colorado last weekend – I’m HOME! But I still have a lot to say about Ecuador, and many blog posts in the works, so stay tuned! Today I want to share a bit about another of my favorite places in Cuenca.

I’m one of those lucky people who, mostly, enjoys my job. Given how much time I spend working, that’s a good thing. So, for this installment of ‘Favorite Spots in Cuenca’, I felt I had to mention the place in Cuenca where I spent the most time (other than the house where I lived): The Quinta Balzay, a satellite campus of the University of Cuenca.

END_OF_DOCUMENT_TOKEN_TO_BE_REPLACED

Learning to communicate effectively in another language is like putting together pieces of a mosaic. There are so many little details to consider – sometimes you’re able to see the beauty in the big picture, but you may not understand exactly what it all means. (Photo from the Quito Basilica – Feb 2015)

“I have already lost my meal,” I say as the waitress walks up to the table. I don’t realize what I’ve said until she looks at me a little funny. Of course, I really meant to say, “I have already ordered my meal,” but the Spanish verbs for ‘to lose’ (perder) and for ‘to ask for, or, to order’ (pedir) are too close in my head, and I constantly mix them up. If you’ve spent any amount of time trying to communicate in another language, you’ve certainly had moments of enlightenment where you realize exactly how silly you probably just sounded.