In all stories, either a hero goes on a journey or a stranger comes to town. Sometimes the stranger sends the hero out on a journey. The stranger doesn’t have to be human. It can be a meteor hurtling toward earth, a tornado roaring across an open prairie, or a bear stalking a house. But it can be even more elusive than that. It could be an idea – one that flitters around until it settles on a host, then spreads like a virus. 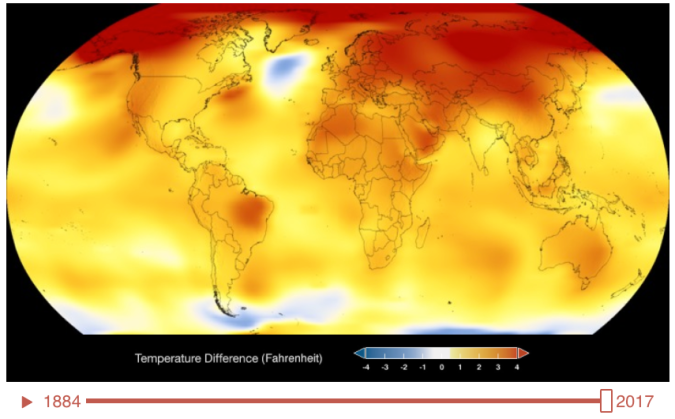 We are all in the midst of a story right now – set on a global stage. The stranger is much more elusive than we could ever have thought. He flitters around the edge of our day-to-day consciousness. Some people see him clearly. Some deny that he could exist. He infiltrates our daily lives just beneath our consciousness, gradually unthreading the balance of the world we’ve built our lives on.

Even for those of us who are well aware of who he is, and how he is moving about, we shut our eyes to him on a daily basis. Because how can you function normally if you don’t?

The stranger in this story is the villain. But he did not walk into town of his own accord. He was born inside us – a byproduct of our lives. He crawled out of the world we created for ourselves, an unintended consequence of wanting to make our lives better.

But now we live in his midst. And how do you get people to understand something that is so big and amorphous and affects everyone, everywhere? How do you connect people to the reality of what’s happening in subtle ways that don’t send them running away?

How do we take on this villain? Who are the heroes who will disentangle the tentacles that climate change has woven into our lives? Too many people have already been choked by these tentacles in their sleep – wiped out from a fire, or hurricane, or flood, or parched by drought. How do we wake everyone up?

I think it’s becoming more clear that everyone needs to be a hero in this story. And maybe people will be more willing to take on that role of hero when they realize that they are at center stage – that there are no magic potions. The only way to tackle this beast is to get our hands dirty pulling at the threads that hold it all together – and, ironically, hold us all together. Because this beast is also embedded in the foundation on which we live our lives, and we can’t hope to rid ourselves of him without reconstructing that foundation in a new way. That’s why it takes everyone.

As I write this, there are 78 women on a small ship have just crossed the Drake Passage to Antarctica. They will spend the next two and a half weeks learning about themselves, about each other, about this beast and the role they each play in deconstructing him. I’m so excited and proud to have them as colleagues – and to know I will be in their shoes in 10 months.

One thought on “The stranger in town”