I needed a weekend to escape the rain. And I needed to escape my computer. I really do feel chained to a keyboard and a monitor on most days – weekdays and weekends. It was time to experience another part of Ecuador. So, last weekend, with a three-day weekend up for grabs, I packed a bag and headed south to the village of Vilcabamba.

Vilcabamba, about 4 and half hours south of Cuenca (or 6 or 7 hours, depending on the bus you take) is one of these places that has long been shrouded in myths of longevity. Supposedly, people live to be quite old, and a number of individuals have done research to try to figure out what it is about Vilcabamba that promotes longevity.  This was a popular thesis topic back in the 1970’s. Today, there isn’t really any hard evidence that people live longer here, and it seems that a number of those longevity claims were exaggerated. 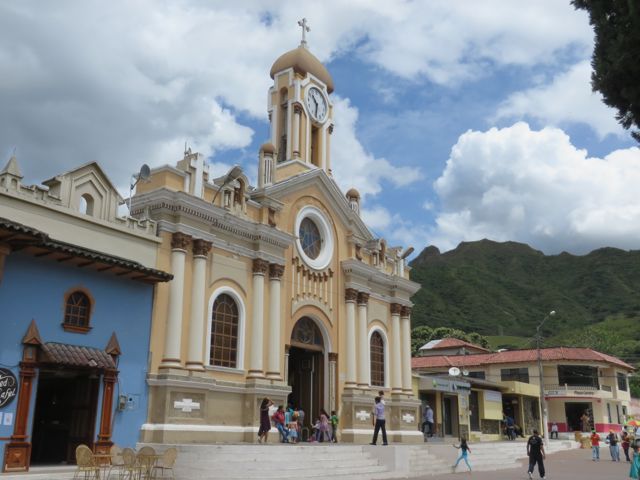 But it is a draw for North American hippies, old and young, who want to live in a sleepy little town, with spectacular vistas and perfectly comfortable weather, and sell their homemade baked goods, organically grown carrots and jewelry crafted from local plants alongside the indigenous ladies selling their potatoes and chickens.

The spectacular view from the terrace restaurant at Izchcayluma.

Looking back toward the restaurant at Izchcayluma

I wasn’t so interested in the town as I was in the popular back-packer resort on a hill about a mile outside the town: Izchcayluma. Run by friendly Germans, it manages to pull off a budget retreat center with class. I stayed in a cabin perched on the side of hill. It had big windows and a wide private porch where I could hang out in a hammock and watch the butterflies flutter about in the shrubby forest. (Cabins run about $40/night, and that’s the priciest option – yes, I know, I splurged.) 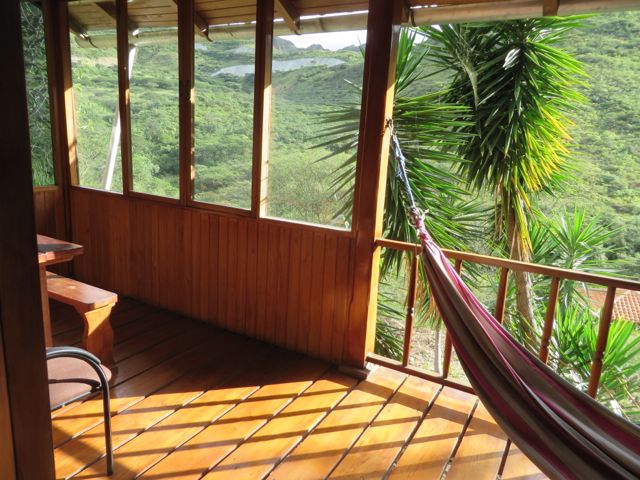 The porch of my cabin, and the spot where I spent a good deal of my time.

There was a pool with a waterfall (definition of resort = pool with waterfall) and the panoramic view of Vilcabamba, the valley, and the mountains from the restaurant was a sight for sore eyes. I could stare at it all day. 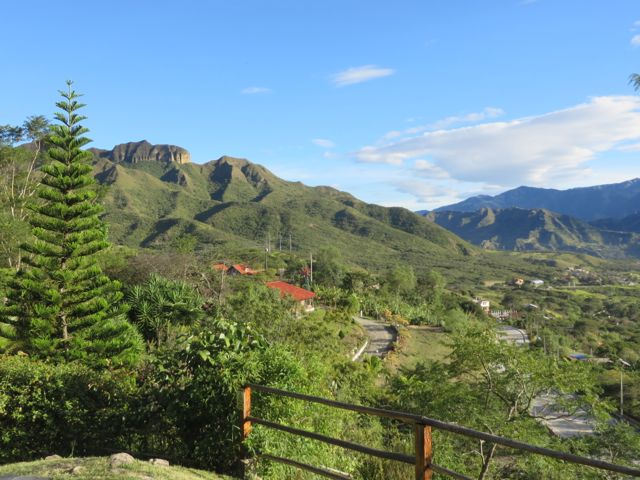 That distinctive mountain to the left is called ‘Mandango’, the Sleeping Inca. Supposedly, he protects the valley from natural disasters.

The village of Vilcabamba, off in the distance, and a bit of the highway that passes by Izchcayluma.

So I finally got some ‘down-time’, with morning yoga classes, followed by hikes on the nearby hill, or along the dirt roads bordering local farms on the outskirts of town. I should mention, there is a modern-two lane highway running into and out of the village – it’s not as isolated as you might be thinking. But beyond the center of town and the highway, the roads are mostly unpaved.

The morning view of Mandango from the yoga studio.

At about 5000 feet elevation, Vilcabamba is a bit warmer than Cuenca – and I managed to hit a spate of dry weather which followed me back to Cuenca … and subsequently lasted about two hours.

On a hike in the hills above Izchcayluma (you can see some of the cabins in the background). 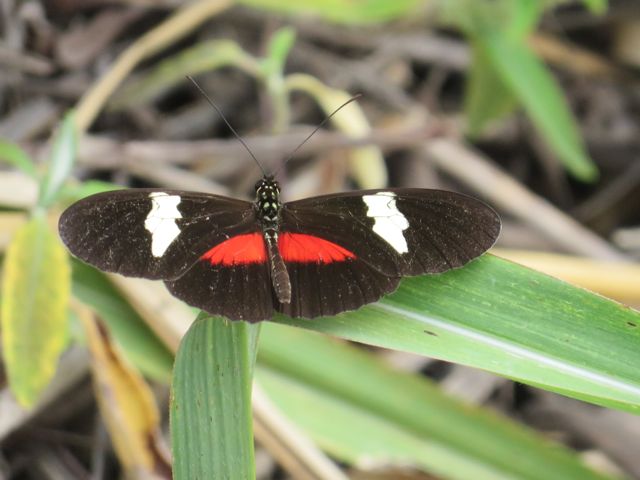 I think someone actually lives in this house on a remote hill, with the Misty Mountains of Podocarpus National Park in the background.

Another view from the yoga studio.

Trying to find a way to get back to Vilcabamba before I go home…but there are still a lot of other weekend excursions on the list.

4 thoughts on “Clearing my head in Vilcabamba”