When you get away from the noise of the city, and climb winding roads through the clouds into the high Andes, this is when you can begin to imagine what life was like for the Incas. It amazes me how they were able to control such a large territory, from Chile, well into Ecuador, with a system of roads that probably would have made the ancient Romans nod in appreciation. Ecuador was in the northern reaches of the Incan Empire, and about an hour north of Cuenca sit the ruins of Ingapirca – the largest of the Incan ruins in Ecuador.

Classic Inca stonework at the ruins of Ingapirca. 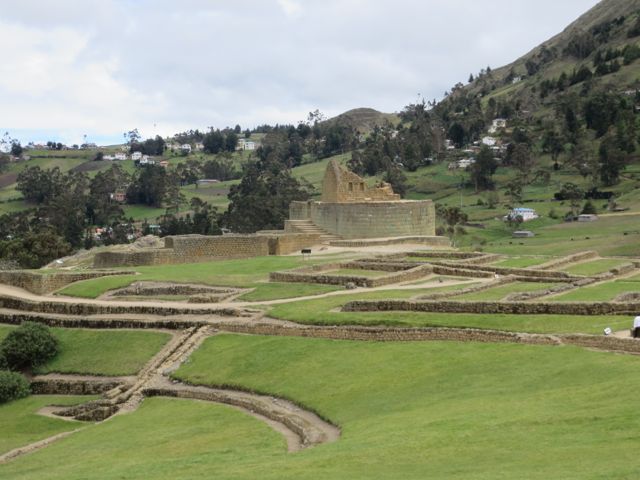 The Inca site of Ingapirca. The only building really still standing was believed to be a temple. The stones from all the other buildings that formed this little city were long ago removed and used in construction elsewhere.

In April, I took a day trip to Ingapirca with some of the other students from my Spanish school. (So, yes, these photos are long overdue!) I’ve already posted photos of the ruins of Tomebamba, in central Cuenca. But at Ingapirca you can find a sampling of some of the famous Incan stonework that’s much more common further south, in Cuzco and Machu Picchu, Peru.

A visit to Ingapirca is incomplete without a photo in an Incan doorway (or whatever that was!)

The central structure at the ruins of Ingapirca and the modern pueblo of El Tambo in the background.

‘The Face of the Inca’ near Ingapirca. Legend has it that the Incas carved it into the rock. But it looks pretty natural to me. 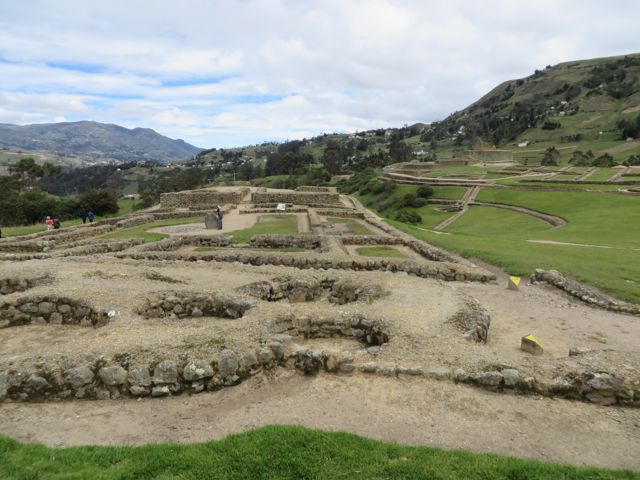 A view of pre-Incan ruins at Ingapirca. The Cañari were conquered by the Incas, and the Incas decided to continue building in the same spot. 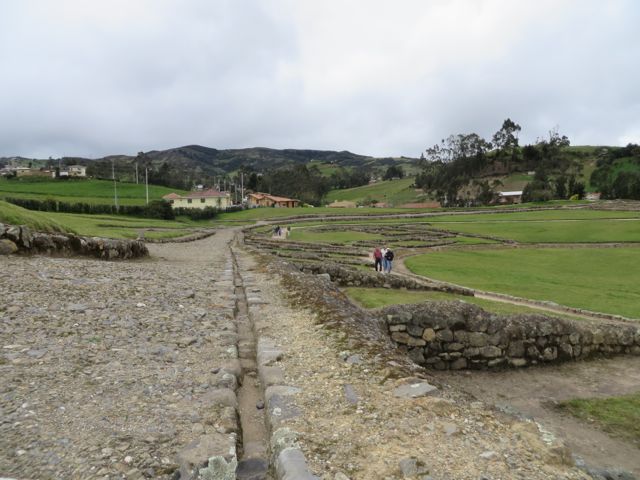 A part of the Inca road that stretched all the way south into Chile.

At the central structure at the ruins of Ingapirca, you can come face to face with some of the extraordinary stonework of the Incas. Apparently, when this was first built, the stone walls would have been perfectly smooth – the stones fit together so well, without mortar, you’d be unable to slip a strand of hair between them.

There are lesser well-known ruins just a little ways north of Cuenca, at the prominent peak (some sort of volcanic feature, for you geology-types!) called Cojitambo. It seems that this place is mostly visited by locals, but Charito and Ivan took us up there a couple of weeks ago, along a winding, steep road in the mountains between Cuenca and the neighboring town of Azogues.

The Inca ruins of Cojitambo: from the peak of this mountain, the Incas would have had a 360 degree view of the county side, and be able to send signals over a broad area (as evidenced by the Incan radio antenna, also pictured here ;>)

View from the Inca ruins of Cojitambo. It was nice to be able to walk around without any security guards, let alone, any other tourists. You get the sense that this place is mostly used for family bar-b-ques, and local teens trying to escape their parents.

Finally, while not exactly on the trail of the Incas (although, the Incas surely passed through here on their way to the coast) I thought this would be a place to share some of the photos from my lastest trip to Cajas National Park. On this trip I experienced some of the worst, and some of the best, weather of all my trips up there: impenetrable mist with drizzle thick enough to wipe off your face (I guess that’s actually called rain), alternating with patches of blue sky and sunshine. Really, it was the type of weather that lets you see the park’s many different moods, all in about 20 minutes.

From the continental divide (at Tres Cruzes, for those of you familiar with the area), the clouds parted long enough to get a quick view of some of the many lakes that dot the high Andean páramo.

The clouds part just enough to get a view of an ancient Inca trail across the continental divide. Ok, maybe not. This is the spiffy, reconstructed  highway that goes from Cuenca to Guayaquil along the coast. 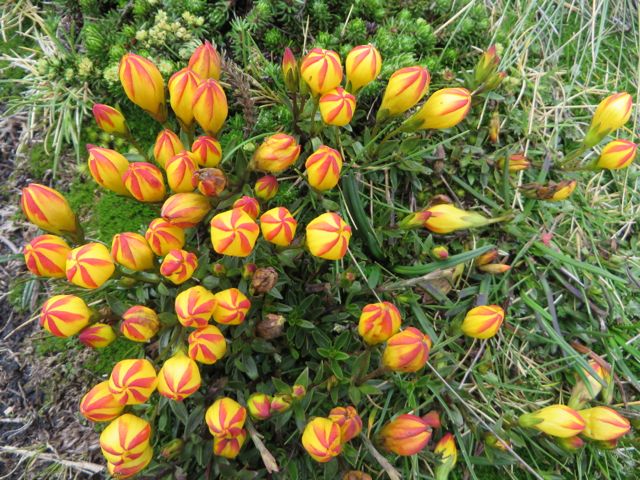 These tiny flowers are in full bloom. Apparently, they never open up – not for anything larger than a hummingbird’s beak. 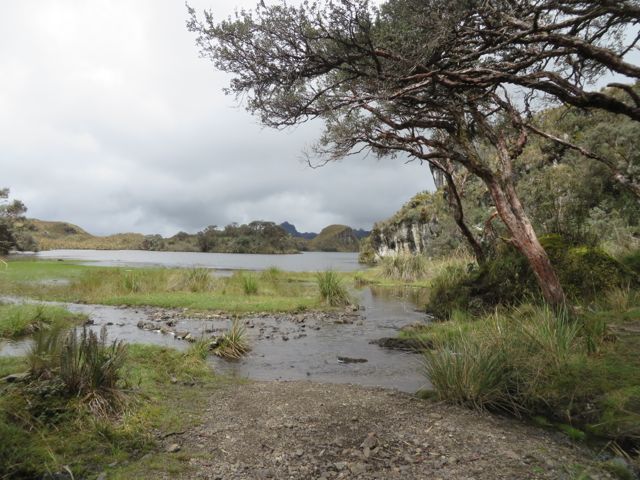 A rare calm-weather moment in the hike around the lake at Toreadora, the visitor center at Cajas. The trees to the right here are a rare example of native vegetation in the Andes – call the Polylepis tree, or ‘paper’ tree, because it’s bark peels off like strips of paper.

2 thoughts on “On the trail of the Incas”